The Exalted Position of Man
Hebrews 2:5-8

I want you to picture, in your mind’s eye, David, still a lad caring for his sheep. One night he lies peacefully on the hillside gazing into the cloudless sky. There are no lions or bears to threaten his flock, though his ears are alert for any trouble.

As he gazes at the moon and stars he thinks to himself how great God is to have made the vast heavens and how insignificant he is. These are the sort of thoughts which must have prompted him to write Psalm 8, which Hebrews 2 builds on.

If those were David’s thoughts, how should we feel today? He had no real idea of the vastness of space or of the immense number of stars that are out there. Even today we have little real concept of the distances and numbers involved.

Our sun is about 860 thousand miles across, that is about 100 times the diameter of the earth and about 300,000 times the weight!

We are about 93 million miles from the sun. It takes light about 8 minutes to cross this distance at 186,000 miles/second.

Our Solar System is about 7,000 million miles across; it takes light 10 hours to cross this distance. It takes light over 4 years to travel here from the nearest star. That’s 23 million, million miles away, 23 followed by 12 zeros! At 70MPH it would take you 40 million years to visit the neighbors! If you were in a hurry you could borrow an old Concord plane and cut that to only 2 million years at a steady Mach 2 (1350mph)!

The number of stars in the visible universe is thought to be 2000 billion billion or 2 with 21 zeros after it. It is good that God told Adam to name the animals, not the stars or he would still be at it!

When you think about these astronomical numbers, we have a very inflated idea of our own importance. Realizing how small our planet is helps us to get things in perspective. 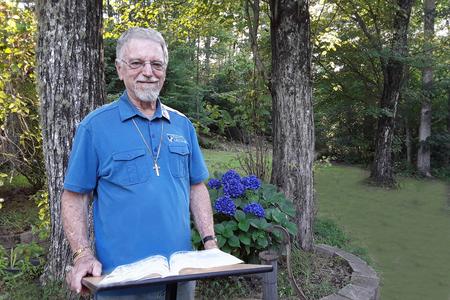