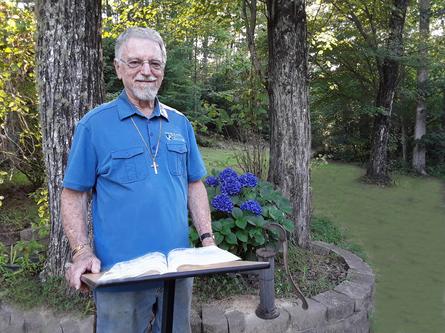 No church can be effective in ministry and in growing both numerically and spiritually without the intentional development of spiritual leaders. So allow me to take some time to instruct in the importance of our spiritual growth, maturity and the development of our personal leadership in the Body of Christ. Folks, The pastor needs you, your church needs you and more importantly Christ has called you to mature in Him and use your spiritual gifts to help provide leadership in your part of the Body of Christ.

A little background of this week's text: The church is still very young but growing VERY FAST. Last count was 5,000 men plus women and children. Consider also the lack of ability to communicate. Attempting to spiritually feed the church, while also dealing with sin and trying to satisfy the administrative needs was impossible. So we see the church INTENTIONALLY ORGANIZING to meet the needs of the Body.

The catalyst for the organization was a compliant on the part of the Hellenistic Jews against the native Hebrews, because their widows were being overlooked in the daily serving of food.

Satan would love to disrupt the CHURCH; this was his third attempt when the church was so very young and attempting to establish for the purpose of fulfilling Christ’s great commission.

1. Through persecution in Acts 4-5 which actually only accelerated the growth according to Acts 4:4: “But many who heard the message believed, and the number of men grew to about five thousand.”

2. Through sin in the Body in Acts 5:1-11 but again God stepped in and judged Ananias and Sapphira. However, once again this attack only resulted in seeing the explosive growth of the church continue. Acts 5:14: “Nevertheless, more and more men and women believed in the Lord and were added to their number.”

3. Now in Acts 6:1-2. Satan sought to create dissension within the church. A church racked by internal conflict will find its message lost in the conflict and its energy dissipated. The church with dissension will focus on itself and will find it difficult to reach out to the lost world. Before the church could evangelize the world, they would have to deal with any division within their ranks. This dissension was the need that spurred the church to further organize and define and identify leaders within the Body.